Below a summary of Mr. Walley’s perspective during ‘The Great Connected Television Debate: Will The Internet Be The End Of Television As We Know It’ during IBC 2012. 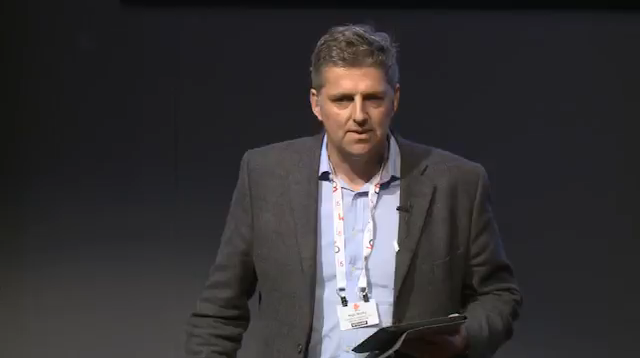 The last speaker of the debate was Nigel Walley, Managing director of Decipher. He was relieved to be closing after Anthony since he had a hard time picking sides until Anthony Rose had spoken who he described as someone from the Klingon community. Mr. Walley has been a speaker at conferences for many years and on every conference there has been a new guru telling it would be the end of TV channels and that personalized TV viewing would take over. So during his closing argument Nigel Walley is going to prove they have been wrong in the last couple of years and are now as well.

To start, Mr. Walley doesn’t want to curate his own TV experience, no matter the amount of on-demand content is available. His argument is that he paid for a subscription expecting the channels to provide him with valuable and entertaining content. He referes to a research under young people who owned a TiVo system and used the on-demand function but completely had given it up after a while. The research could be summarized by a young professional who noted that when he comes home after a long day of work he doesn’t want to do any effort to be entertained. Normal human being don’t behave like Anthony Rose predicts, normal humans want normal TV.

And there’s an important aspect in the here and now of TV. People often don’t go further than page one on their EPG and just wanna know what the country is watching. TV is a social gathering, people gather around brands and (live) channels. This is also true for family watching. While most people like to socialize around TV and watch with family and friends, it’s the (tech) industry that predicts otherwise. The reason for this, according to Mr. Walley, is that people in the tech industry don’t have family and friends. They are inventing TV from their basement writing code.

As a conclusion Nigel refers back to the debates question. Is on-demand and internet connected viewing making channels irrelevant? No, since it are the broadcaster who use the technology for their content. The channel brands are creating and controlling the future of on-demand TV. However, some channels will fail, and in an ideal world only 50 channels would be left that offer high quality content to any audience.

More in Broadcasting, Convergence, IBC2012, Post, The end of Television

The Great Connected Television Debate: Anthony Rose (Zeebox) on The End Of Television As We Know It

A summary of Mr. Rose's perspective during 'The Great Connected Television Debate: Will The Internet Be The End Of Television...