Below a summary of Mr. Brennan’s perspective during ‘The Great Connected Television Debate: Will The Internet Be The End Of Television As We Know It’ during IBC 2012. 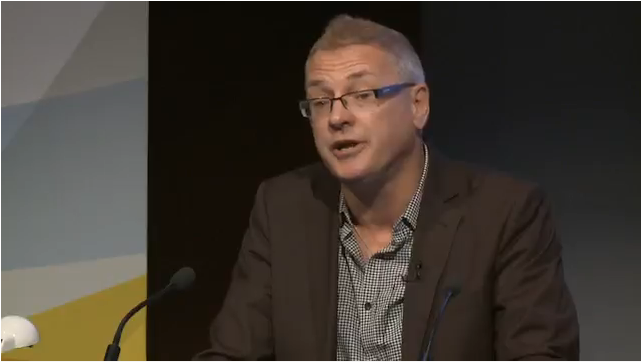 It’s not about technology, but what people do with it

Mr. Brennan argues that throughout the years, TV has shown an incredible amount of resilience against new technologies often deployed as disruptions. While other speakers were talking about technology itself, David Brennan wants to focus on what technologies can do and what people want to do with it. Record viewing levels, records engagement with content and ads and record advertising revenues have sustained TV throughout the years. Instead of replacing TV, the disruptive technologies that were introduced have been adopted within the TV landscape and enhanced response, distribution, and promotional channels.

It’s not the death of advertising, schedules or Pay TV

So there’s no death of TV advertising, broadcast schedules, shared viewing or pay TV since all those so called competitive technologies became mainstream.Therefore, channel brands will stay and become even more important with connected TV. Connected TV is about better Television, providing more content if you look for it, something that most TV viewers aren’t.

Lean back and relax

Brennan argues that with television, choice is moved to the background. People want to lean back, relax and become immersed with the content provided on the TV by the channels. Channels will be the ideal navigational aid in a connected world with too much choice. People understand channel brands which makes choices what to watch so much simpler. It’s a guarantee of quality.

What is on now is of supreme higher value

Another important aspect that will save the channel brand is the importance of now. Why watch yesterday’s programs when there is still so much to watch right now. It’s a big mistake in the TV world to believe that content remains it’s value following initial transmission. What is on now is of supreme higher value than to watch it later on demand. With the importance of now, channel brands will become even more important in the selection process.

Around 70% of the TV viewing in developed markets is shared, so the personalized and individual nature of connected TV doesn’t really work for traditional television. It’s more about compromises about what to watch and that  everyone wants to see. Channel brands have an important role in supporting this compromise.

More in Broadcasting, Channels, IBC2012, Post, The end of Television

The Great Connected Television Debate: Nick Thexton (Cisco) on The End Of Television As We Know It

A summary of Nick Thexton (Cisco) perspective during 'The Great Connected Television Debate: Will The Internet Be The End Of...