When second screen applications are developed for children you know that distraction from the TV has become a serious issue for content creators. Video and TV content is not engaging anymore for a younger audience that is growing up with iPads and Smartphones, interactive and connected TV’s. These kids often have more knowledge of technology than some of their parents. So to keep them entertained Disney is turning to the second screen.

Disney is jumping into this new trend with a browser based second screen application for their popular  movies like John Carter, Tron and the Lion King. The second screen application is an interactive interface for either the iPad or computer (Flash) and provides more insights, background and additional information about the movie. The app syncs with the movie based on audio cues, a visual sync indicator from the movie or manual sync. The interactive part includes trivia questions based on the part of the movie that is playing, photo galleries, flipbooks with artwork and drawings and extra animations providing more background to a specific scene of the movie.

A Second Screen for John Carter

Below the second screen functionality for John Carter is explained. In this movie a warrior is lost on Earth, John Carter is magically transported to Mars, where the fate of the planet and its people ultimately rest in his hands. With surprising new powers, and epic battles, he rises to become the man he is meant to be and the hero he truly is. A classic story that is supported on the second screen app with bonus features like behind the scenes videos and bloopers. Watch the promotional video for the John Carter Second Screen application below: 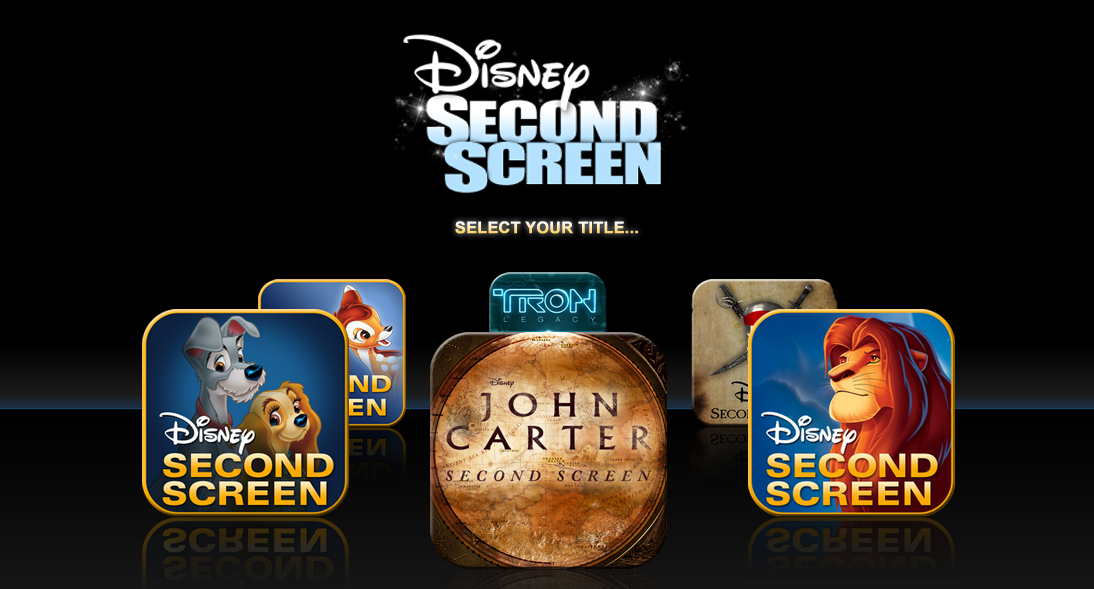 How IP-connected screens are changing the television industry