This is part two of my recap of the business session during IBC 2011 of TV Genius and GFK research on social measurement and audience engagement. Find part one here.

In the first part of this post I elaborated on research from GFK and Deloitte on the relationship of social media (especially social networks) and television, audience engagement, and how it reshapes the TV experience. This second part will focus on the contribution of Tom Weiss, CEO of TV Genius, during the IBC 2011 business session. He questions the representativeness social metrics and if the number of tweets can be used as a valid KPI? TV producers, broadcaster, and cable companies have to question whether the volume of Tweets indicate the size of the audience or if it tells anything about the strength of engagement? A sensible understanding of these social metrics is needed to provide valuable insights and recommendations.

Tom Weiss notes that there’s no relationship between the absolute number of tweet and program appreciation or audience size since you don’t know who’s is tweeting or retweeting (are they even watching?) and what the reach of those tweets are (something CrowdBooster is trying to provide). However, sentiment analysis does show a difference between panel responses and social media posts. A more qualitative approach is needed to make sense of social measures on audience engagement. Quantitative ratings on the reach and popularity are often missing a clear social context in the current multi-screen environment in which television is more a non-linear experience in both time and location. To make sense of this social space you need both data from social networks and reception analysis of people who actually watched the show.

Social Media is a Trojan horse to collect data

Programme makers seem to embrace social media and have an appetite to include platforms as Facebook and Twitter in their concept but are not really using it. Are they making television to react on their audience or do they create programmes to engage and raise awareness? As Tom Weiss puts it; ‘social is a Trojan horse to collect data’. But in order to make sense of this social data and improve viewers television experience it needs to be interpreted. On an average day the number of words in the Tweets about a popular show is equal to the number of words in the three books of the Lord of the Ring series.

TV Genius provides this interpretation by offering recommendation tools based on (social) data. Their software is used ‘to bring relevant television to consumers with personalisation, search, recommendations and enhanced TV guides’. According to former Google CEO Eric Schmidt about 60% of Netflix its rentals are the result of algorithmic generated recommendations. Traditional channel scheduling is one site fits all but online suggestions can be individually crafted to suit your interests and needs. TV is no longer an appointment, it’s a lending library, and just as on Amazon, users want recommendations to know what else they like. Although catch-up and online TV is still relatively small, on an average day about four hours of broadcast TV and about ten minutes of on-demand online TV is watched, the need for a clever and complete recommendation platform is present.

The challenge is to gather valuable social data from actual viewers. Different companies have tried to fill this gap by changing the interface of television or by making people check in to their TV set (I wrote about the many initiative here). But as Tom Weiss argues;

‘people don’t want to log-in to their TV, […] if you change TV, don’t change the interface but provide incremental innovation’.

Check-in platforms like Miso or GetGlue are ‘rubbish’. With the rise of single person households (only 25% of German households has 2 people or more) the need for individual check-in for identification becomes less present. Hope is placed on the many forms of the second screen which will provide the best platform for recommendations and helps to shift the data landscape from set-top box providers to social recommendation platforms. As such, attentions should be paid to upcoming platforms such as Zeebox which is ‘a real-time system for social TV viewing and for engaging deeply around those shows that depends on recognising sofa-based second screens as the place for innovation’. By recognising the content that is playing on the television set it provides a social context on the second screen.

Social developments in broadcasting and television

The business session gave an interesting sneak peek into the social developments of broadcasting and television between the many technical solutions showed during IBC 2011. Nonetheless, an engaged audience starts with high quality content people want to watch. As Eric Schmidt argues ‘I don’t expect television viewing to be ever completely switch to be on demand, there will always be a cultural pull’. Furthermore, as the earlier mentioned GFK and Deloitte research concludes; ‘the one constant for the television industry, as with other media sectors, is that technological advance will unrelentingly evolve the way in which we consume television, as well as influence the underlying business model. However profound changes, from TV screen technology to 3D production, will be additive as long as they enhance what TV excels at: delivering world-class audio visual content.’ A fact that certainly holds for social television. 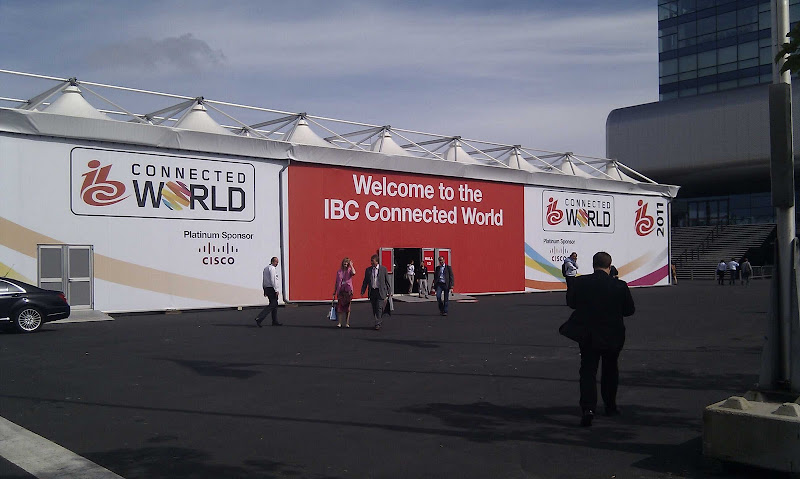 This is part two of my recap of the business session during IBC 2011 of TV Genius and GFK research on social measurement of audience engagement. Find part one here.