Ever since the domestication of the TV in the ’60s as the main source of family entertainment within the living room, the main concept has remained the same; show content, get the eyeballs, sell advertisements. The few channels that existed in the early days of TV tried to hook viewers to keep watching using the much discussed concept of flow. This changed with the introduction of the remote which allowed viewers to change channels while leaning back consuming the images and sounds. People created their own flow shifting and selecting the content they wanted to watch. This personal programming took a leap with the introduction of the VCR to time shift TV and the DVD to watch exclusive content.

Nowadays modern set-top boxes, game consoles and other networked devices have integrated more content sources than ever, VOD-libraries, replay TV, web videos and local hosted content are just a click away. And with recent year developments in TV anywhere and multi or n-screen solutions, any screen connected to the web can initially become what TV used to be; ‘the main platform for entertainment’ and as a results eyeballs and money are shifting to new markets, players and industries.

Now that more and more screens, television, tablets and smartphones, are connected to the IP-network (hail IPv6) content from an unlimited amount of controlled and uncontrolled sources can be accessed. With this growth of connected screens and multi-screen solutions the definition of ‘television’ shifts to a more content based instead of device based concept. As a result new organizations and technology platforms become part of the television ecosystem. Online video platforms like YouTube start to offer ‘television content’ blurring the distinction between web video and television. Netflix’s decision to produce new ‘streaming only’ episodes of Arrested Development exemplifies this integration of the traditional closed television industry and the growing online video market.

Also, the hype of second screen entertainment during the consumption of TV content and the increased networked social dynamics (bringing back the living room) using Twitter hashtags, Goolge+ Hangouts, social interaction on Facebook supported platforms and watching together with friends on online platforms like netflix, MLBtv and Hulu, results in an ever expanding TV industry with new players trying to get a piece of the billion dollar market.

A new ecosystem makes way for new organizations to introduce new technologies and business models to adapt to the changing viewer behavior of the (mostly young ) television audience. We saw this in the music industry with the introduction and rapid adoption of iTunes and more recently with the streaming services of Spotify which is now the second biggest source of revenue for record labels.

And finally, as discussed earlier, new content providers are challenging the traditional power of Cable and Television Networks that are controlling the content industry. Online players like Netflix, Amazon, GoogleTV and Apple are aggregating content from multiple controlled and uncontrolled sources. This fast paced on-demand environment has its effect on the expectation of viewers of traditional television channels and made The CW decide to provide next day streaming of their shows.  As Rick Haskins, The CW’s Executive Vice President of Marketing and Digital Programs, explains: “A couple of months ago we went to next day streaming…I don’t think people really want to go to a pirate site if another option is there”. New players and changing viewer behavior is creating a new television market in which old rules and standards are bound to be broken.

Predictions for the new television market 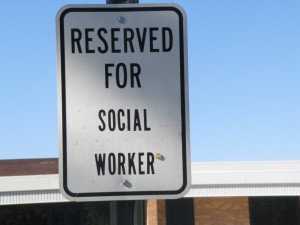 For years the television industry is developing and with the developments discussed above, the market is changing more rapidly than ever. Below I list the most important changes as a result of these developments:

In contrast to the big cable providers, online channels like iTunes, VUDU and Amazon Video provide a la carte consumption of content; you only pay for what you watch. Traditional bundled cable packages will loose market share to these new business models that are more in line with viewer demand. Also, flat fee streaming service like Spotify, Netflix and Love Film will become more popular over traditional cable TV and services. Cable companies are reacting to this shift with similar services like Xfinity from Comcast but as long as bundled package are promoted over more personalized offers (young) viewers will prefer the a la care approach.

The only true television experience left

On-demand content has changed the liveness of television. And now, with on-demand content on any device, this has changed even more making viewers more demanding to make shows available directly after airing. Although the diehard fans will still want to watch the latest episode live, the more mainstream TV viewer decides its own place and moment. Therefore, news, sports, live events and amusement shows are the few types of content that will provide the only true television experience that you want to watch live and with friends to share the moment.

The growing number of professional channels on YouTube, streaming-only series, and the increasing number of online extra’s (behind the scenes, interviews, extended scenes etc.) for TV shows, creates a new dynamic in which viewers consume content directly from creators without using cable providers. This allows new players to enter the TV market more easily and creates new marketing and advertising opportunities for content creators.

There is a growing number of Tweets that are send during the live airing of new shows, series or TV event. Second screen applications are trying to connect viewers to create a remote social experience between fellow viewers. These networked social dynamics are replacing the traditional living room experience and makes TV social on any screen. Sharing your TV experience with your social networks creates peer pressure and can boost ratings and the number of viewers. Furthermore, because of the steep growth of content sources, social recommendation platform will provide viewers with relevant suggestion what to watch next.

Second screen usage is still growing along with the growing sales of tablets and smartphones. This growth provides new opportunities for both producers and app developers to monetize the distraction modern TV viewers experience from multi-tasking while watching television. Although the best way to engage viewers on the second screen is still unclear (context information, check-in, social interaction…), the second screen is here to stay.

When more and more screen are connected to the web, streaming becomes the main form of content delivery. In contrast to the DVD or Blu-ray disc users don’t own the content that is streamed to their device. Streaming platforms like VUDU provide the option to buy or rent the content but this is usually an administrative record on your profile. When the platform goes down or when you’re not connected the content is not available. New initiatives like UltraViolet are reacting to this shift by giving user the right to watch content on any device after they bought the ‘rights’ to a particular movie. Or as they describe on their website;

UltraViolet is an all-new way to collect, access and enjoy your movies and TV shows in the cloud – brought to you by a growing list of companies building UltraViolet into their online stores, video apps and devices.

But according to Carl Kirchhoff, Vice President of business development at Sidebar, personalization will be the key concept for the future of television;

Personalized media platforms will maintain the primacy of Television as the most impactful and entertaining medium.

I believe that the best way to create loyal viewers is to not only show them what they know they like, but to predict content that they will enjoy, based on a combination of inputs from multiple sources, but ultimately leaning on a thorough understanding of their user behavior. When consumers agree to receive personalized recommendations based on their activity, they become collaborators in creating their own personalized TV service.

Must see video’s on the future of Television and content

When the traditionally closed television industry gets involved with the open ecosystem of the internet, and vice versa, new media...