On september 3rd the Gangnam Style video by the Korean artist PSY reached over 95.000.000 views (update september 6th: The video has crossed the 100.000.000 views and has entered the top-10 videos that have reached that number within 2 months). This incredible amount of views, comments and likes shows the power of on-demand video offered through an accessible platform like YouTube. It’s impossible to reach this amount of views for a single song (especially from Korea) on regular television which is controlled, closed and syndicated at scheduled times. 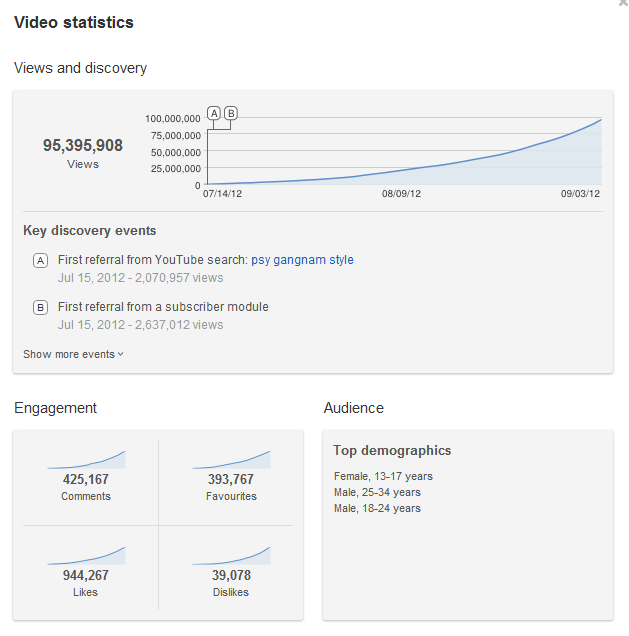 Although several TV channels have attempted to create an on-demand experience for music video’s, YouTube has become the main source for many teenagers to listen to music (and watch clips while multi-tasking). According to Nielsen Research

Along with the many streaming platforms for music the TV (and radio) have to create better context around music and to stay relevant for music discovery. For years the music channels like VH1 and MTV have been shifting to enter new the real-life series market with Jersey Shore and Mob Wives. So although video killed the radio star, online video has killed the music television.

Watch the video below about the history of MTV created by the online video content platform and creator WatchMOJO.

And if you wonder if PSY is a real artist. Watch this clip covering one of his concerts in Korea.

KIT digital's Global Lead Analyst, Alan Wolk, offers a view of the state of the television industry and its future....